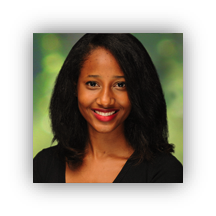 Elizabeth Charles has had nearly a decade of experience in the media and entertainment industry in fields varying from radio, reality television, commercials, and branded content. She attained an undergraduate degree in Visual and Media Arts with a specialization in Film Production from one of the world’s top ten film programs at Emerson College. While in college, Elizabeth launched a production company with the aim to create socially conscious media; her first project was “Represent: A Dub Poetry and Art Exhibition”, the pilot of which was picked up for exhibition by the Cayman Islands Television Network. The following year Elizabeth attended the Cannes Film Festival where her film “Close” was exhibited in the Short Film Corner. While at the festival, she interned with film sales and distribution firm, IM Global. After attaining her undergraduate degree, Elizabeth aligned herself with post-production company, Creative Group in New York and commercial production companies Radical Media and Kohl Pictures in Los Angeles, where her work applied to clients like The Joy Formidable, HP, TNT, ABC, Malibu Rum, Lowes, and ESPN. In 2014 Elizabeth was accepted in to the highly competitive MBA/MFA dual degree program in Producing at New York University. She hopes to leverage the skills learned in that program to create commercially viable socially conscious media that exemplifies great storytelling with inspirational content.

Get in touch: Elizabeth Charles